What Is Lactic Acid?

Lactic acid is often associated with lactose intolerance. This form of lactic acid is produced in milk and other dairy products. What many people do not realize is that it is also produced in the body and can result in an acidic environment that can lead to stiffness, sore muscles and a variety of other symptoms. It is important to know how it is produced, what effects it has on the body and how to make sure the levels do not raise so high that they begin to cause adverse reactions. 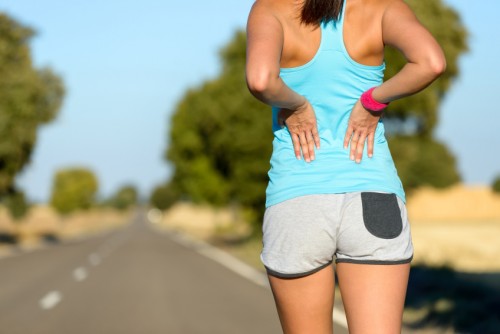 The lactic acid is produced in both soured milk as well as by the muscles in the body. It is also produced by the muscles in the body as a person or performs other types of strenuous physical activity. Lactic acid is produced when oxygen levels in the blood begin to drop during exercise. When oxygen levels begin to decrease, the body begins to convert substances such as pyruvate into lactic acid. While this process produces energy for the muscles to use, it also creates a highly acidic environment that makes it harder for the muscles to function efficiently.

What Does It Do?

Lactic acid offers both good and bad results. As a by-product of muscle use and exercise, it can create an acidic environment that leads to fatigue (both muscular and systemic), intense burning sensations in the muscles being used and the disruption of other metabolites and how they function. On the other hand, when the lactic threshold has been met and there is an excessive amount to be found, it can actually begin to move throughout the body providing a usable energy source. Runners and individuals who have high level of endurance and participate in long distance events often reap the benefits that others who work out for shorter periods of time do not.

How to Eliminate It

Although most people associate the creation of lactic acid after strenuous exercise with muscle soreness, it is not the cause. Muscle soreness that occurs days after a workout are only related in an indirect manner. The burn that is felt when a person reaches a certain level of activity is the result of the formation of lactic acid. This in itself, dissipates rather quickly, but the presence of lactic acid in the tissues can create an acidic environment that leads to other problems. Reducing the level of lactic acid is often accomplished by drinking lots of fluids and keeping the tissues hydrated. Drinking ample amounts of water during exercise helps to keep the lactic acids produced by the muscles from remaining in one area for long periods of time.

This site uses Akismet to reduce spam. Learn how your comment data is processed.